Since I started my journey in diving and my discovery of GUE in 2013, I’ve always viewed Tech 2 as the pinnacle of GUE dive training. Sure, one could argue that PSCR (RB80) and CCR2 are widely considered capstone courses in the GUE curriculum, but as far as open circuit diving goes, Tech 2 is probably it. And to be honest I didn’t know if I’d ever take the class.

It seems like forever since my last blog back in 2019. The amount of life changing shit that has happened both personally and to all of us is just mind-blowing to think about. 2020 was no doubt a tough year. At first I was in denial that the pandemic would last more than a few weeks and I didn’t really consider the impact it would have on me. However it soon became apparent that we were in it for the long haul and by the spring of 2020 my diving basically stopped. There wasn’t just the fear of getting sick, there was a real fear of dying, or at the very least, having long term affects from COVID that would end diving forever. Because of that, I remained pretty isolated. 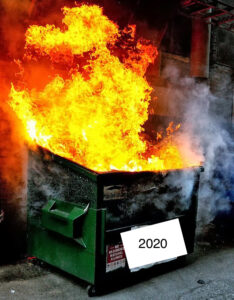 During the late summer of 2020, a few of us crawled out of our hiding spots and began to maintain what we considered a “social bubble” of trusted friends. We were able to meet up for diving about once per month. I was even able to do some WKPP support dives by following careful protocols and self monitoring. This included carrying a pulse ox and digital thermometer in the truck. We trusted the other team members to self isolate if they may have been exposed or felt even the slightest twinge of something. Of course I was in the habit of wearing a mask out in public and applying copious amounts of hand sanitizer at regular intervals,  and I think even became somewhat neurotic about it. Nobody that I’m aware of got sick because of someone on the team or within my small circle of dive buddies. We maintained this social circle through the rest of 2020. It seemed to help with my sanity at least.

I’m a big proponent of trying to take at least 1 GUE class per year. This regular interval of classes may help reduce the information loss and bad habits by creating a quality control check point of sorts. If you can’t take a class, at the very least maybe get a day in the water with an instructor to refresh skills. Taking a class in 2020 was impossible, but towards the end of 2020 I started to ping the local pool of dive buddies to see if if anyone would be interested in taking another class. It was still a bit premature with all the pandemic stuff going on but I was hoping I’d at least generate some interest to align something for 2021. I had a few people interested but none seemed committed because of the uncertainty surrounding well..everything. This wasn’t really a bad thing because I was feeling a bit lost with diving/life and didn’t quite know what class to to do anyway.

I do know that I want to eventually end up on a rebreather so that I can continue the exploration route, but getting there in my head with everything going on was proving to be more difficult than I expected. I considered CCR1 since at least 3 of my somewhat regular buddies had gone to the JJ. The cost of a JJ at upwards of $10k and the class was a limiting factor and that I couldn’t use it in the WKPP. I also really wanted to go the RB80 route because of the WKPP team diving and numerous other reasons, including the rebreather design work I’ve been doing with my consulting company Sollows Technical. 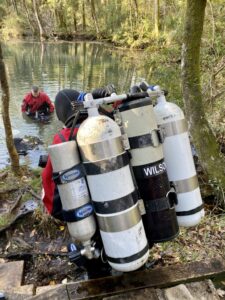 GUE PSCR (RB80) has for the most part always had Tech 2 as a prerequisite, unfortunately more and more recently this prerequisite has been an inhibitor to driving interest towards RB80, in my opinion. There has been talk that GUE HQ would create an PSCR 1 class similar to the CCR1 and then a follow on PSCR2 that would bypass the Tech 2 path. Many of the upcoming high level divers that I know are under the impression that Tech 2 is a dying class and it’s a “why bother?” scenario. This seems to be exacerbated partly because CCR1 is accessible at the Tech 1 level and partly because helium is ungodly expensive these days.

In early 2021 I spoke to some of the instructors that were in the planning phase of the PSCR1 class. At first this seemed like a pretty good option for me. I’d do PSCR 1 and get some hours on the RB80 with training wheels, then do PSCR2 and be able to dive with the WKPP, I hoped. There was even talk of running a beta class in the spring or early summer of 2021 and I might be able to get in that. However I must admit that deep down I did feel that if I took PSCR1 and not Tech 2 I’d be a little bit of an imposter, even if I did get to dive on the team with the RB80. There would always be that feeling that I cut corners or something. Historically every gas diver on the WKPP has taken Tech 2, at least since GUE was a thing. I’ve never been one to cut corners but at the same time, I was more than a little anxious about the idea of Tech 2. At one of the team events I had a long talk with David Rhea, someone who’s not only a long standing WKPP team member and explorer, but also an RB80 instructor as well as someone I respect and admire greatly. We spoke about my future intentions with diving and the team and about the different options on how to get there. It became more and more apparent that even if GUE offered a PSCR 1 class in the near future; that taking this and bypassing Tech 2 would be a disservice to me and I came to the conclusion that I needed Tech 2 no matter what.

Sometime in April I received my first COVID vaccine and I felt like things were returning to normal. I began the search for a Tech 2 class and buddies by focusing on Florida first. I soon realized that Tech 2 was a pretty rare class and only a few instructors around the world were running classes. Kirill was fully booked until the end of 2021 and none of the usual traveling instructors like Gid or Guy were making plans for coming to Florida any time soon. To make matters worse nobody I knew was all that interested in taking a Tech 2 class. It looked like I was going to go another year without a GUE class and I began to feel really discouraged. I checked the GUE website about once a week to see if any classed opened up within driving distance and nothing was being scheduled. I started to look outside the United states and even considered flying to Italy to take a class with Mario. However I was further discouraged with the uncertainty of boarders being closed because of COVID. 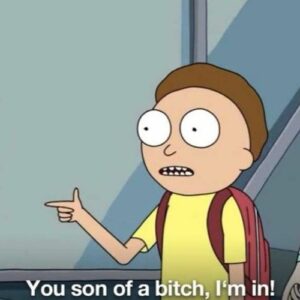 I started to refocus my thoughts on PSCR1 with the intention that I’d still do Tech 2 but at least maybe I could get into that beta class if they offered it. I posted on the SEUE Facebook group about finding buddies for PSCR1 if anyone was interested. I had a few people interested, sending me private messages about logistics but nobody really seemed super committed. At this point I was just wanting to do something. Shortly after I posted in SEUE, Jon Kieren sent me a text saying he and Kelvin Davidson were going to British Columbia to do a T2 class with Guy Shockey in October. Kelvin was doing his ITC for Tech 2 and would be a stand in buddy for the class while Jon was taking it as a student. I’ve dove with Jon a hand full of times and we are pretty good buddies so from a personality stand point, it would be a great team. However from a skills standpoint I felt like the odd man out considering Kelvin and Jon have thousands of hours in deep open water tech 2 equivalent and rebreather dives. I only have a bunch of tech 1 level cave dives and a few open water tech 1 dives. Not to mention, British Columbia..in October..in dry gloves. I was very interested in this idea but at the same time I truly felt like maybe It was biting off more than I could chew.

I had a lot of apprehension about doing the class for a lot of reasons and sat with the idea for a week or so, weighing my options. I was still really worried if the class would even go because at that time the Canadian border was still closed. In addition, there were so many unknowns and I didn’t even know if my skills were up to par to even do the class.  Through a series of text exchanges,  Jon “eloquently” and “politely” reminded me that I should challenge myself to do a class in an unfamiliar environment like the cold Canadian waters of the great white north. I came to the conclusion that I would attempt the class and whatever happens is still going to be a good learning experience. GUE classes have never been about passing or failing but I also didn’t want to show up in Canada a complete disaster because It’s not like I’ve been knocking out dives every weekend for the past year.  On June 24th 2021, I begrudgingly recited the Canadian National Anthem, went to GUE.com, registered for the class, and began the long wait till October. O Canada!….