It’s inevitable, everybody has a bad day. If you are in the office or at home, most people shrug it off. Maybe try to relax when it’s over with a pint or glass of wine, and look forward knowing that tomorrow will be better. What if that bad day doesn’t involve meetings in the office or chores at home, but… Read more »

Tina and I have been diving a lot, but also it’s been a whirlwind of training the past 4 years.  Much of my desire to get more training has to do with being confident to take on bigger dives,  utilizing more gear,  and wanting to see new things.  Also the way that most GUE classes are structured,   is that… Read more »

Tina  and I woke up much more refreshed after getting to bed early and  having a reasonably good night’s sleep.  It was Sunday September 30th 2018, the last day of DPV Cave with Dan Patterson.  We were to meet him at 7:30 in front of Manatee Springs State park, which is located about 40 minutes Southwest of High Springs,  near… Read more »

NSS-CDS Cave DPV class with Dan Patterson was scheduled on Friday September 28th through Sunday the 30th. The week  prior to class went by  fast, because both of Tina and I were  very busy at work. One thing that I hadn’t really taken into consideration when buying scooters, was how to get them,  and all the other gear into the… Read more »

Tina and I took GUE DPV 1 May 2018,  which certified us to use a scooter in open water but not in an overhead environment. That being said, we have less interest in scootering in open water than we have in caves for now. So  the real goal  even back in May, was to get cave DPV certified in the… Read more »

It’s been just about 6 months since Cave 2 and we have been busy diving as much as we can. Tina and I have spent a fair amount of time exploring  a little bit of Madison, a lot of Peacock, and a lot of Ginnie springs. We pretty much try a different dive or try to see something new every… Read more »

With the anticipation of GUE Cave 2 training starting bright and early the following morning (December 26, 2017),  Tina and I went to bed at our normal time-ish (10pm).  Unfortunately neither of us slept very well. I ended up sleeping on the couch because we were tossing and turning keeping each other up. I suppose we were just anxious about… Read more » 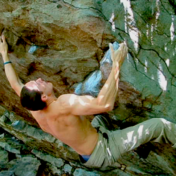 I’m not ashamed to admit that I like to eat and partake in the occasional adult beverage.  But when life gets busy I tend to eat more and exercise less. Unfortunately my early to mid thirties have been a very busy time for me;   and consequently I’ve not  maintained a very healthy lifestyle of exercise and proper diet.  Hey… Read more » 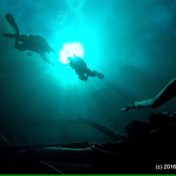